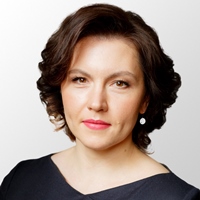 Anna Numerova has specialized in antitrust matters for over 13 years. She represents clients before the FAS Russia and in courts in the course of investigations in relation to abuse of dominant position and anticompetitive agreements. Anna regularly assists large Russian and foreign companies with receiving regulatory approvals from the FAS  Russia and the Government Commission on Strategic Investments for transactions in Russia and abroad. Most recently, she has been involved in the development of compliance systems for clients in various sectors of the economy.

Anna is a member of the Public Council with the FAS Russia, a member of the NGO “Promotion of Competition in the CIS Countries”, and over the last 8 years, a senior member of the management of the Association of Antimonopoly Experts, including 4 years as Chair.

Anna graduated from the Moscow Humanitarian University with jurisprudence as her major (2000), she holds a Master’s degree in private law from the Russian School of Private Law (2008) and received her LL.M. in International Business and Economic Law from Georgetown University Law Center (USA) (2011).

In 2015, Anna was awarded a Second-Class Medal of the Order of Merit for the Motherland upon recommendation by the FAS Russia.

She is a member of the Moscow Bar.

Anna Numerova is on the FAS of Russia’s Competition Council

Correlation between private and public interests in antitrust regulation (as demonstrated by the pharmaceutical market) | Anna Numerova, Olga Denchenkova

Chambers: Egorov Puginsky Afanasiev & Partners is the only top-ranked firm for competition law in Russia