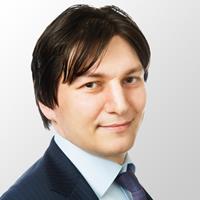 Highlights of his experience in litigation and real estate include:

Roman is a member of Commission on Banks and Banking Operations at the Russian Union of Industrialists and Entrepreneurs (RSPP); member of Committee on Business Finance and Credit Guarantee at Delovaya Rossiya (Business Russia), an all-Russia public organization.

Roman graduated from the Law School of St. Petersburg State University in 1999.