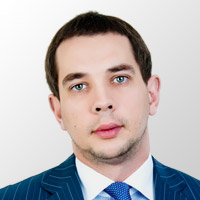 From 2006 until 2007 Taras acted as Vice Chief of Staff at the Supreme Arbitrazh Court of the Russian Federation. Prior to that, he worked at the Law Department of St. Petersburg State University.

Taras qualified as a lawyer in 1996 after graduating with a degree in Law from the Law Department of the Tver State University. In 2000 he successfully completed postgraduate studies at the Law Department of St. Petersburg State University with a thesis on "Prosecutor’s Office Supervision of the Compliance of Regulations issued by the Representative (Legislative) authorities in the Constituent Entities of the Russian Federation with Statutory Law".

Taras has been admitted to the Leningrad Region Bar Association.