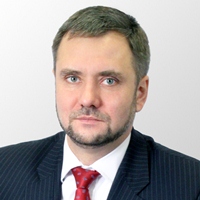 « A well-known personality on the international arbitration circuit. He deserves his high ranking because he is an excellent academic and a very smart guy with lots of experience »

Ilya Nikiforov is a founding member of the firm. He has invaluable experience in international arbitration and litigation, construction, intellectual property law and development projects. A visible figure in the Russian arbitration world, Nikiforov is considered a first tier dispute resolution specialist. The Arbitration team of the firm is consistently regarded as the top dispute resolution crew in Russia and is the only one in the CIS ranked by Global Arbitration Review (GAR) 100. What is truly remarkable is the breadth of practice areas encompassed by Mr. Nikiforov’s expertise.

A lawyer who is well versed in technology

Qualified in computer engineering prior to obtaining his law degree and Lawyer of the Year in Information Technology in St. Petersburg according to Best Lawyers 2020, Ilya is a thoughtful leader of the firm's IT/IP practice. Clients appreciate business minded and sophisticated service tailored to protect their IT/IP assets. This team has handled a wide variety of projects including design of general IP strategy for industrial clients, fighting counterfeit products, IP ownership disputes and litigation involving licensing contracts; it is particularly strong in matters relating to information technologies.

Mr. Nikiforov's expert opinions have been accepted by US, English, German, Dutch and French courts.

In 2018 he was awarded the Order of the Federal Chamber of Lawyers of the Russian Federation «For loyalty to attorney’s duty». In 2020 Ilya Nikiforov was awarded the Medal of Order for Merit to Fatherland, II Degree for long-term diligent work and efforts to strengthen the rule of law and protect the rights and interests of citizens.

For more than 20 year Mr. Nikiforov has been conducting scientific and educational activities as well as had taught at St. Petersburg State University Law School. Currently, he lectures author’s courses at the leading Russian universities. He frequently speaks on issues of law and legal practice at professional legal conventions and has published a substantial number of works on Russian business laws. Co-authored one of the leading Commentaries to the Civil Code of the Russian Federation. The author of the monograph “The 2010 UNCITRAL Arbitration Rules. Workbook”, co-author of the book “Construction contracts under FIDIC rules: application and interpretation”.

Nikiforov is fluent in English and has experience with foreign legal systems, continental and common law traditions, thus facilitating conveyance of findings to decision-makers from different legal cultures.

Getting the Deal Through – Arbitration 2015

Egorov, Puginsky, Afanasiev & Partners named as one of most recommended Law Firms in Russia and CIS by Who's Who Legal