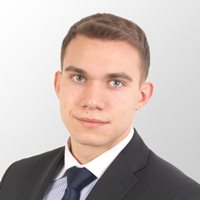 He has been involved in a number of projects involving defending clients accused of antitrust violations before the Russian Federal Antimonopoly Service and its territorial offices, challenging decisions of antitrust authorities in court and obtaining antitrust approvals for transactions.

Igor graduated with honours from the Kutafin Moscow State Law University in 2014.

He has publications on antitrust regulation of business entities.

He is admitted to the Moscow Bar Association and to the Association of Antimonopoly Experts.