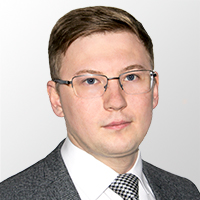 Dmitry graduated from Lomonosov Moscow State University with honors (2015). He is currently pursuing a Russian-British LL.M. Program at the Manchester University (UK).

He has been admitted to the Moscow Bar.