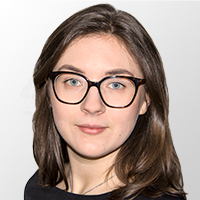 Daria advises and represents clients in cases before Russian courts at all levels, including the Supreme Court of the Russian Federation.

Daria graduated with distinction from the Law Department of the Higher School of Economics (HSE) in 2017 and also received a master's degree from the Moscow State Academy of Law (MSAL).