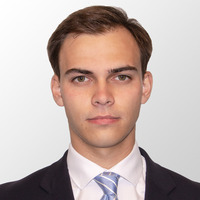 Daniil consults and represents clients in complex legal proceedings, including corporate conflicts, bankruptcy and commercial litigations, and before governmental and oversight bodies.

Daniil graduated with honours from the Law School of Lomonosov Moscow State University (2019).

He is fluent in English.