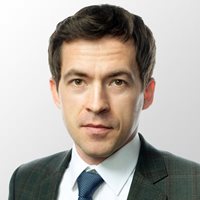 Over his 10+ years of practice, Anton has lead teams on real estate matters, including due diligence, asset acquisitions, drafting and reviewing of contracts and legal opinions and contentious matters.

Highlights of his experience include:

Prior to joining Egorov Puginsky Afanasiev & Partners in 2008, Anton was employed as an in-house lawyer with a major Russian leasing company.

In 2005, Anton graduated with honors from the Law School of St. Petersburg State University and in 2007, he obtained his Master of Laws degree.

Anton has been admitted to the St. Petersburg Bar Association since 2009.