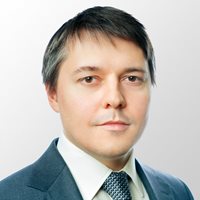 He is an expert in asset deals, economic concentration control, foreign investments control and commercial contracts.

Andrey has provided support to more than 100 corporate transactions. In 2014, together with the Firm's partners, he was awarded European Corporate Team of the Year by The Lawyer for the complex transaction under the English law between UC RUSAL, Interros and Millhouse Сapital.

Andrey was awarded the Medal of the Order of Merit for the Motherland, for the protection of the public interests of the Russian Federation.

Andrey graduated with honors from the law faculty of St. Petersburg state University. He also received additional training at the International Law Institute (Washington, USA) and at the Amsterdam Institute of Finance (Amsterdam, the Netherlands).