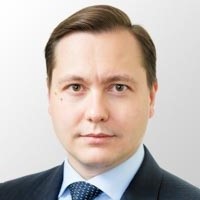 Alexey Rodionov specializes in advising on antitrust disputes and has extensive experience of counselling Russian and foreign companies across all regions of Russia.

Alexey was involved in legislative drafting, and namely in the drafting of Federal Law “On Competition Protection”. He is the author of a number of reviews on topical issues of antitrust regulation, legal profession and corporate disputes.

Alexey graduated from the Law School of the St Petersburg State University (1998).

He has been admitted to the St Petersburg Bar Association since 2001.