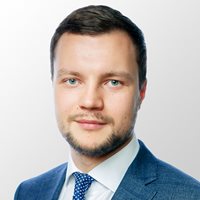 Oleg Bouiko advises and represents clients before Russian courts. He specialises in corporate and antitrust litigation, as well as insolvency cases, and is experienced in handling complex mandates relating to commercial, tax, securities and insurance disputes.

He is recommended for Litigation by Best Lawyers 2018.

Oleg is a qualified attorney and has been admitted to the Moscow Bar Association.

Coronavirus and force majeure: fulfillment of contractual obligations in a pandemic