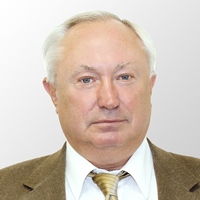 Nikolai Egorov is one of the most authoritative Russian experts in civil law.Dr. Egorov specializes in dispute resolution, contract and corporate law, and real estate.

Dr. Egorov often participates as an expert, arbitrator or mediator in complex commercial disputes. He has been recommended as an arbitrator for dispute resolution in the Arbitration Tribunal at the St. Petersburg Chamber of Commerce and Industry. He has been acting as an expert on Russian law matters in proceedings before arbitration tribunals around the world.

In 1975, Dr. Egorov graduated from the Law School at Zhdanov Leningrad State University. He is a member of the St. Petersburg Bar Association.

Nikolai Egorov used to serve as a lay judge in the Supreme Court of the Russian Soviet Federative Socialist Republic. In 1993, he co-founded Egorov Puginsky Afanasiev and Partners. He was on the Research and Advisory Board of the Supreme Arbitrazh Court of the Russian Federation. From 1978 through 2013, Dr. Egorov was employed by the civil law department of the Law School at St. Petersburg State University.

In 2008, by the Russian Presidential Decree, Nikolai Egorov was awarded the Order of Honour for his extensive contribution to development of the national legal science and for his long-term commitment and successful efforts in training highly qualified professionals, raising a new generation of legal practitioners and upholding law and order.

Nikolai Egorov is a professor, holds a Doctor of Laws degree, and has authored over sixty research papers.