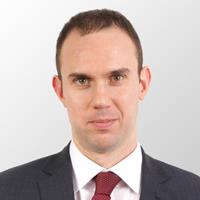 An English law qualified lawyer, Michael Copeland has advised on a wide range of M&A and corporate law issues while working for Herbert Smith in London, Singapore and Moscow. Having worked in Moscow for more than 5 years, Michael has a strong track record in advising clients on complicated Russia-related corporate, joint venture and energy transactions.

Michael has also spent time on secondment with a major international oil company both in London and Moscow working on M&A and joint venture matters.

Michael graduated from the University of Nottingham (UK).