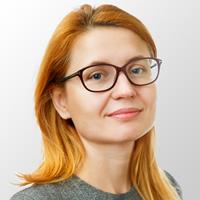 She has extensive experience of representing both Russian and foreign clients in legal proceedings at various stages: from opening criminal cases to court hearings, including investigative actions; examination of transactions to identify possible penal risks; preparing recommendations; and conducting staff training in case of an unexpected raid on a company. Victoria can also provide support in conducting internal investigations of reported abuse by a company’s employees.

Her experience includes, but is not limited to:

Victoria is a member of the International Chamber of Commerce (Paris) Working Group on Criminal Law and Arbitration and has been appointed to the Expert Council of the High Commissioner for Human Rights in the Russian Federation among other roles. She also acts as Co-Chair of the Business Against Corruption public centre (under the auspices of the Delovaya Rossiya chamber). In addition to her legal practice, Victoria is involved in drafting amendments and supplements to the Criminal Code of the Russian Federation, other Russian regulations (including the Criminal Procedure Code), and legal opinions on cases reviewed by the Constitutional Court of the Russian Federation. She also prepares documents for the Supreme Court.

In 2015 Victoria was awarded the Ministry of Justice of Russia diploma for effective assistance in solving the tasks assigned to the Ministry.

Victoria has been named Lawyer of the Year for Criminal Defence by Best Lawyers 2018.

Victoria graduated from Moscow State Law Academy. She completed postgraduate studies at the Research Centre for the Enhancement of the Rule of Law and Public Order of the General Prosecutor’s Office of the Russian Federation. In 2000, Victoria obtained her PhD in criminal law, and in 2006 she was awarded a Doctor of Laws degree by the Russian Ministry of Internal Affairs Management Academy.

She has been admitted to the Moscow Bar Association.

ONLINE DISCUSSION “Liability of Governance Bodies”: Who Shall Be Liable for the Company? Guidelines on Doing Business”

Online discussion “The Show Must Go On: Ins And Outs of Investment, Management And Transfer of Private Wealth to The Next Generation Amid The Pandemic And Thereafter”