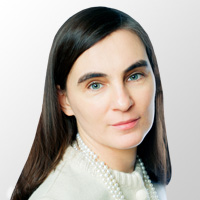 Prior to joining the firm, Ekaterina was a lawyer at a leading legal boutique specialising in dispute resolution.

Ekaterina graduated from Moscow State Academy of Law in 2005. Later, she received a master’s degree in fuel and energy from the State University of Management.

Ekaterina was admitted to the Moscow Bar in 2006.