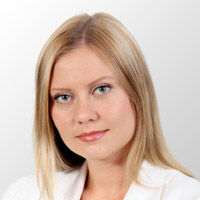 Anna has wide experience in advising Russian and foreign companies from various sectors on all aspects of Russian employment and migration law. She has successfully represented clients in many individual and collective labour disputes, including litigation and amicable settlement of conflicts. Her experience includes both general employment advices, incentive plans, employee separation (over 120 successfully handled cases over the last four years), structuring of employment relations of foreign specialists in Russia and aspects of migration law.

Anna Ivanova has outstanding experience in dealing with employee misbehaviour and separation. She has handled more than 45 dismissals of general directors. Her latest relevant experience includes such a matter as advising a CIS-based beverage company during a corporate conflict. She has investigated the former branch CEO’s professional misconduct and the involvement of other employees in fraudulent actions. After the investigation, several employees were dismissed from the company.

Anna has acted on:

Anna joined the working group for the draft law on remote work with the State Duma Committee on Labor, Social Policy and Veterans’ Affairs in July 2020.

Anna is recommended for Employment Law in Russia by Chambers Europe and The Legal 500. She is a member of the editorial board of Labour Disputes magazine and a regular speaker at major HR conferences.

Anna received her law degree with honours from the North Western Academy for Government Services in St. Petersburg. Anna graduated the Moscow International Higher Business School (MIRBIS) with an MBA degree in HR.

She has been admitted to the Leningrad Region Bar Association. She is fluent in English.

Anna Ivanova on the working group for the draft law on remote work with the State Duma Committee on Labor, Social Policy and Veterans’ Affairs