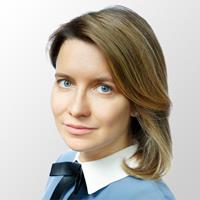 Alina has over 20 years of experience in the legal profession. She focuses on corporate and bankruptcy disputes, as well as on real estate, environmental litigation and enforcement (bailiff) proceedings in Russia. She specialises in defamation cases and has well proven experience in the field.

Her recent defamation cases include:

Her experience includes, but is not limited to:

Prior to joining the Firm in 2010, Alina has had worked for 10 years at the Inter-Republican Bar Association.

Alina has been admitted to the Moscow Bar Association.

EPAM attorneys continue to successfully represent FGKU North-West Directorate for Construction, Reconstruction and Renovation in Disputes with the contractors