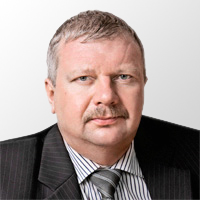 Alexey Rizhkin has also represented the interests of victims in criminal proceedings, advocating legal decisions that protect the rights of victims as well as the public interest.

In addition to legal practice, Alexey Rizhkin is an associate professor at the St. Petersburg Institute of Management and Law. Since 1995, he has taught courses on criminal law, criminal procedure law and the Penal Law.

Alexey Rizhkin graduated from the Law School of Leningrad State University. Alexey also attended a number of postgraduate programs at the Institute of Postgraduate Education of the General Prosecutor’s Office.