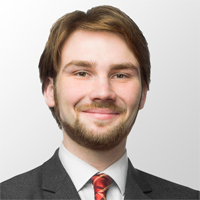 Alexey Slashchilin is an associate in international arbitration and litigation practice.

Prior to joining the Bureau, Alexey worked in the Ministry of Justice and a major Russian bar association.

Alexey is fluent in English.